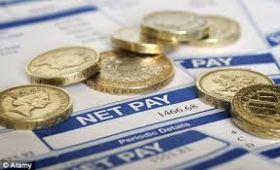 There will be an additional two year grace period given to the micro employers in complying with PAYE reporting necessities on real time. April 2016 is the deadline for (RTI) PAYE reporting for the businesses with less than ten employees. For those businesses with 49 employees, there period will be extended to April 2014 for them to be able to send their employees real time information relating to PAYE.

Nevertheless, the latest easement will not go beyond those who will be beginning in the period. According to Ruth Owen who is the HMRC’s director general for personal tax, Ruth Owen said that it has been appreciated that there are challenges facing the small businesses. A good balance is achieved by improving the processing of PAYE while the micro business impact together with their agents is minimized by offering them an additional two years of adoption.

This move was welcomed heartily by AC Mole & Sons partner, Paul Aplin and the committee chairman of the ICAEW tax faculty. The existing easement would have been extended even to the ones who had fewer than 49 employees. The most preferred outcome would have been for the prevailing easement to be done for the ones with fewer than 49 employees but the ministers however protested against that. The micro employers extending it by an additional two years will assist many businesses to keep the operating RTI costs in control.

There were also details of an external survey which got commissioned by HMRC regarding the RTI take up that were released today. They showed that a vast majority of businesses and tax advisors had not seen any benefit and at the same time felt that they had suffered an additional burden after the introduction of RTI.

Since introducing the RTI, about 36.4 % of the 17,000 employers said that the income tax and NI burden had risen after the introduction of RTI. About 52.8 % said it had not changed while 69.1% of about 4,300 advisors noted that the burden of dealing with RTI had risen. The most interesting thing is that the results of the survey showed that there was no agent or employer whose payroll costs had reduced even after responding through the RTI.