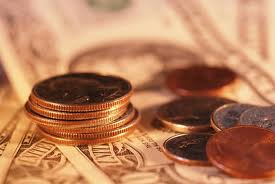 The recommendations on tax for the 2014/2015 budget have been delivered by ACCA and its announcement is expected on 26th February 2014.

There are two major areas that were proposed in the budget which are;

- Enhancement of an environment that enables businesses

Hong Kong will face several economic reservations because of the rough pace of economic recovery in the countries that are developed. ACCA in Hong Kong has campaigned that the Government requires having its role fulfilled as an economic development facilitator and developing an environment that is business enabler. This will consequently promote the businesses at Hong Kong to grow and survive.

As a Business Enabler

Fergus Wong, the Hong Kong ACCA chairman noted that in order for the tax payers to enjoy fully the tax treaties benefits, the government needs to allocate adequate resources to the needed administrative procedures and also make a consideration for the tax treaties implementation.

It is advisable to change the tax framework in time with the business environment changes. Wong also noted that under the present legislation on tax, it is not specified clearly on the tax treatment for an amalgamation. An all inclusive study would be very much beneficial to have discrepancies identified and bridged between the two legislations for purposes of ensuring certainty in taxation.

For the economic development of Hong Kong, it is believed that technology and Innovation is the ultimate future. It is for this reason that Wong said that a 200 % super tax deduction is made for purposes of technological and innovative industries. This will assist businesses in investing in major research and development activities and help in product development that are advanced technologically and also which have got major intellectual content of property.