Payday Lending: A Closer Look At the Broken Market 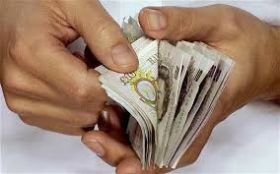 ACCA has recently published their report on payday lending called “Payday lending: fixing a broken market” written by Sarah Beddows (an independent consultant) and Mick McAteer. They develop the paper based on the publicly available data, economic models and common payday business models and its repeat lending and profitability. The report shows consumer losses in the form of repeat borrowing habit and multiple loans from multiple lenders. The report was produced in front of a roundtable session with regulators, charitable organizations, think tanks and Church of England. All the parties are major stakeholders with the policy concern about the payday lending model. The fact is that the payday lending is still on high criticism. There are a number of reports that have been published based on the available facts and perspective of researchers. However, this is the first report that incorporates the regulations and its business model. Payday lending returns the FCA’s (Financial Conduct Authority) decision about the total cost of credit and existing regulations on total rollovers.

During the roundtable event, the following suggestions have been included – workplace loans, beneficiary relations between charities and banks and the overall impact on infrastructure and economy. According to Mick McAtee, he noticed some small scale organizations that follow significant, but successful small payday models. He further added: they can develop an infrastructure that can create a good alternative and make a healthy competition. According to ACCA Policy Director, Ewan Willars: The borrowers spent more than £400m on payday loans, whereas they spent £450m on loans. That is actually the subsequent rollover of the business. Those figures can simply depict the potential of the market. Not only that, ACCA examined a video that depicts the structure of payday loans. ACCA thinks that not necessarily all short term loans are harmful rather the current structure of payday loan is faulty and this is the prime reason of its failure. ACCA committed to improvements of this model for public interest along with its beneficiaries. Lastly, ACCA announced that the next summit will take place on June 2014 between the Church of England and the House of Lords who will look for the further recommendations.