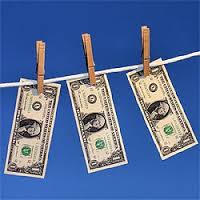 The ACCA (the association of chartered certified accountants) demonstrates and make clear its objective to adopt the highest level of preventive measures and international standards to handle the illegal money laundering and terrorist financing.

According to Jon Davis, technical Head ACCA: as a global accounting body, ACCA is known its responsibility and ACA supports the consistency between European Union rules and international rules and approaches about illegal money laundering and terrorist funding. He also mentioned that, the European Union must act in front of this initiative and insist the organizations to maintain highest financial standards and make an example to the rest of the world. ACCA welcomes the agreement in CORPER on a mandate that allow constructive negotiations with the European parliament and financial integrity.

He also adds: the new directive reveals important new responsibilities for individual firms to identify and manage each particular of money laundering, involved risks that they face. These simple steps can work great in further investigation. The ACCA also pointed out the new requirements for organizations and other legal bodies to keep track of all financial details and make available those details for their respective authorities.

John Davies further explains – this issue must put on the high priority zone in the financial service sector. It is equally important for the accountants, public practitioners as well as insolvency practitioners. This will be an amazing thing when they use their efforts to identify the beneficial owners, companies and trusts and other legit involved stakeholders.

Finally, he added: it is important that, the financial expert(s) must report the suspicious transactions when they come across such incidents. Money laundering dispossesses the countries and global financial growth. It also affects the government revenues, suppress the fair competition and simply kill the trust of the stakeholders. So, fighting against illegal money laundering and terrorist financing is crucial, especially in the current situation when the global economy seriously affected by the financial crisis. ACCA ensures that, its members across the globe successfully combat with it with their skills, training and professionalism.