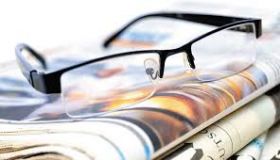 Council is main governance body of Association of Chartered Certified Accountants (ACCA). A scheduled meeting of council was held at June 21, 2014. The Chairperson of the ACCA Regulatory Board, Katrina Wingfield attended the meeting as guest anchor where she presented Regulatory Board’s annual report for 2013.

The Regulatory Board was formed in 2008 which, as a single body, handles all the activities relating to discipline and regulation. The Board acts independently of the council and most of its participants are lay beings.

The six year term of chairman of Regulatory Board, Katrina Wingfield, will expire in September 2014 and hence she presented the Board’s Annual Report for the last time at Council’s meeting. Council appreciated and recognized her efforts as chairman of ACCA Regulatory Board.
Following other issues were also discussed at the meeting:

• Council analyzed the results of recent member satisfaction survey and steps taken to address the concerns raised. It further discussed the ACCA’s brand strength and challenges it may face.

• Council accepted the recommendations of Nominating Committee relating to Board and standing committee’s memberships in the coming year. Further it approved the changes to Council’s standing orders for adoption at the Annual Council meeting.

• Council approved theFinancial Statements and Corporate Governance report for 2014, along with ACCA’s text for 2013 – 2014. It also approved the Notice of Meeting for the 2014 AGM.

• Council noted that the visit to Dubai was successful in presenting ACCA as a strong supporter of the local profession and also noted that successful regional visits took place.

• Council was informed that members were updated on various matters such as Flexible Exam Delivery Support program, the development of ACCA’s global forums and etc.
ACCA’s AGM will be held on 18 September 2014, followed by Annual Council Meeting.