Pensions Accounting Rules – Statement of Recommended Practice will Bring Clarity, but Lobbying of DWP is Important in Achieving This 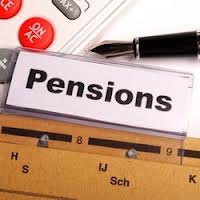 ACCA in its official response to the exposure draft of Pensions Research Action Groups (PRAG) regarding financial reports of pension schemes; agrees with most of PRAG’s objectives including that of limiting reporting requirement to the scope of Financial Reporting Standard – 102.

At present, PRAG in liaison with Department for Work and Pensions (DWP) is aiming of improving the required disclosures in the Audited Accounts Regulations. ACCA appreciates and supports this liaising of the concerned to undertake changes as early as possible.

ACCA has also requested for increased accuracy in SORP’s content, for a reliable reporting. Further, there needs to be more explanation of the concept of ‘significant’ in one of the areas and the level of materiality to be used.

Corporate Reporting manager, Paul Cooper, at ACCA said that the eventual purpose of pension reporting must be transparency as previously it has been criticized for being opaque. This was mainly because of the change brought down by the introduction of auto enrollment.

Paul Cooper further said that ACCA believes that a standard that is brief and precise will help ACCA members to meet the requirements of investors and business, detailed reporting on assets, liabilities and potential risks, while preparing accounts about pension.

Paul Cooper concluded the discussion by stating that what is important for ACCA is that Financial Reporting Standard – 102 and Statement of Recommended Practice need to provide a practical approach to pensions reporting for the advantage of employers, investors, trustees and pension holders. As per Cooper, the target has almost reached by the introduction of proposed SORP, what remains is the practical implementation of it.