Global Recovery Runs out of Steam, according to latest Global Survey of Finance Professionals 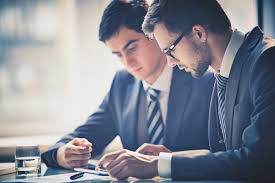 It has been revealed in one of the largest economic survey of finance professionals that the global economic recovery has lost its momentum.

IMA (the Institute of Management Accountants) and ACCA (the Association of Chartered Certified Accountants) conducted The Global Economic Conditions Survey (GECS) which pointed out a slightly decreasing trend in business confidence in second quarter of 2014 which is subject to financial constancy. As per the two bodies, the declining trend leads to rising uncertainty for the future of economic recovery.

The Report states a trivial change in business confidence between first and second quarter. The change is marginal mainly as a result of declining business opportunities countered by improving investment opportunities.

North America and South Asia leads the business growth in terms of investment expenditures, new contracts and headcounts whereas in Africa and Middle East all three areas have remained unchanged or deteriorated.

North America has managed to show the most of the World’s growth in confidence, accompanied by Eastern and Central Europe. However, at the other hand Middle East, Africa, Western Europe and Asia have witnessed a declining confidence.

Good news for the World, especially Asia pacific region is that the China’s economy has finally started to recover. It is quite evident that at a county to country level, most of the business-confidence recovery is temporary. For example, business relations between Russia and China got hype after signing a number of long term contracts but they were hampered after the tragic incident of MH 17 crash. This will for sure impact the confidence in Eastern and Central Europe in the third quarter.

Manos Schizas said that year 2014 will not be anywhere near to the strong performance reported at the end of 2013 by the Global Economy. Most of the positive sources for 2013 have already started to perform in a negative manner once again.