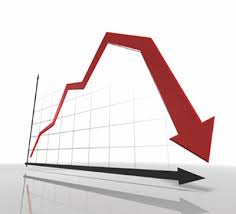 Despite the Government’s measures to increase savings, United Kingdome’s largest Companies, FTSE – 100, contributed only GBP 20.2 billion in 2013 as compared to GBP 21.9 billion in 2012 in to the pension funds, as per annual Accounting for Pensions survey carried by LCP. The fall in contributions is regardless of the increasing membership policy of auto-enrolment.

The report also analysed the Defined Benefit (DB) Schemes of FTSE – 100 and concluded that deficit under IAS 19 fell to GBP 37 billion compared to a deficit of GBP 43 billion in 2012. In total they had liabilities of GBP 512 billion and assets of only GBP 475 billion.

The fall in deficit besides the drop in contribution is mainly because of the high returns in investments over 2013 in equities and corporate bond yields. The drop in cash contributions was compensated by the improved security to the scheme via pledges, charges or guarantees over assets.

Bob Scott, LCP partner said that the latest reforms announced in Budget in this March allows complete flexibility in withdrawing contribution funds and proposes to set up fresh collective Defined Contribution schemes, keeping the pension scheme as bright as it had been in the past.

Bob further said that the reforms announced by Chancellor George Osborne in the budget for 2014 has made the savings much more striking for individuals on retirement. Simultaneously, the economic growth brings in more opportunities of investments for the pension schemes and their investors. But there are still some policy changed that need to be made before reaping full benefits from the scheme.

As per the report, FTSE – 100 Companies can bring their collective deficits to more than half, if they start using RPIJ than RPI as an inflation measure in calculating their liabilities. If this measure is adopted at a large scale, it could save Companies around GBP 20 billion.