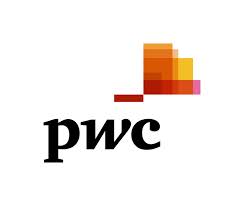 Price water House Coopers (PWC) LLC is one of the big four accountancy firms around the globe. It provides assurance and various consultancy services around the world. Michael Rapoport, the reporter with Wall street Journal stated on Sunday that Price water House Coopers has been imposed a penalty of twenty five million dollars and a ban of two year to provide specific consultation services. The penalty and ban has been imposed by New York State’s financial regulator due to some misconduct during the work performed for Bank of Tokyo Mitsubishi UFJ.

The state department of Financial Services at New York suspected that PWC, one of the biggest accounting firms, altered the report (submitted to regulators) relating to ‘anti money laundering’ and assisted biggest lender in Japan to conceal the abuse of United States’ sanctions. PWC stated that it has accepted the fine and prohibition from providing specific consultancy services for two years. The announcement was made public on Monday by the state department.

The regulator stated that PWC altered the report on monetary transactions under the influence of the bank’s management. The bank was carrying out transactions with countries like Iran and Sudan on which sanctions have been imposed by the United States.

Benjamin Lawsky, superintendent of financial services, stated that when a bank influences an independent consultant to alter a report to be submitted to authorities and the consultant agrees to do it, it is a blow to the system of independent inspection.

PWC started providing consultancy to bank in 2007. The services related to analysis of past transactions with some countries falling under sanctions by United States. During their work, PWC came to know about some ‘special instructions’ given to staff shred wire information that would have indicated non -compliance with sanctions. PWC reported this in its initial report but later exclude this information.

During the ban, PWC is expected to implement a number of reforms to be able to identify any issues relating to conflict of interest.