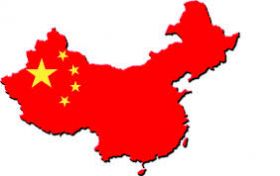 ACCA has issued a report which identifies the Chinese companies which are all set to create an image on the world’s map. Some upcoming famous names in Chinese industry like Lenovo and Alibaba.com are only the hint to the giant structure of businesses in China. The report China’s Next 100 Global Giants points out the first 100 booming businesses across the country from different sectors that have the potential to become worldwide giants and challenge the market shares all across the globe over the next 3 to 5 years.

The report prepared by Lancaster University, looks at how the local companies in China have reached global markets. The head of China ACCA, Ada Leung, says that they have already seen some domestic businesses like Lenovo, Alibaba.com and Haier becoming global market participants. This report is focused on finding how the Chinese have reached a point where they stand now and also to identify the big global market players which are to be launched by China along with the power to compete with existing international companies. It is just not the current financial position but also growth. These companies are expected to grow in future based on steady graph of growth from 2008 to 2012. Some companies have turned themselves into doubled and quadrupled in size.

The report has shown that the companies being successful in China usually undertake thorough study of industry and a study of customers’ requirements. Techniques are also used to gauge their performance. An important feature of success is that these companies make their stand in domestic markets first and then they are launched globally.

Ada Leung said that these companies are heading towards sustained growth and development. This analysis also looked at the standing of businesses locally and internationally.