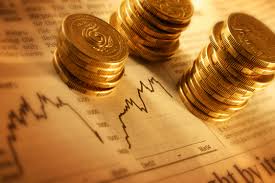 Talking about the banks worldwide, a large increase in the number of banks is being observed in previous years. Lancaster University has prepared a report which has been issued with help of ACCA, a global accountancy body. The report identifies what would be the succeeding Chinese companies which are expected to become global large companies in upcoming years. When it comes to banks, six Chinese banks are being shown in the list of top 100 largest global banks. Still these six banks are not as much larger as the four state-owned banks of China but have significant importance worldwide.

ACCA china’s head, Ada Leung, says that these six banks are major finance providers of the china’s upcoming largest companies and therefore are critical for these companies. These banks are listed as below:

These banks are in the top 100 world’s largest banks, so have much more importance in the global market but still they need to enlarge and reach the size of China’s four largest state-owned banks.

Over the previous five years, these six banks have shown constantly increasing growth rates between 24% and 29% per year. In spite the fact that the six banks do not have a dominant market share in the local markets, these have grown rapidly. These banks seem to have a goal of gaining global presence instead of local dominance, so upholding the aim of attaining global face, they have been involved in foreign activities.

The healthy financing and effective risk management processes are the key elements for a bank to prosper. The analysis places more focus on the continuous revenue growth from 2008 to 2012 rather than the annual revenue for only the current year along with the factors such as local and global position of the businesses.