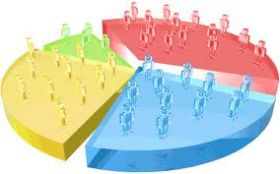 ‘Audit Analytics’ is a well-known research firm who has been asked many times about the firms whoperform the audit of the listed companies in United States. When talking about the largest audit firms in world, most of people usually know about only Big Four firms and 2 other international firms BDO USA and Grant Thornton.

According to a news from Audit Analytics, apart from these 6 firms, the total collective market of large and public entities are being served by additional 97 audit firms. But these Big Six hold round about 89 percent of market share from which only 4% and 5% are controlled by BDO USA and Grant Thornton respectively. Rest of 11% is split between the other 97 firms.

Pakaluk, from Audit Analytics, reported that the Big Six audit firms have stronger position in the United States because the large & public listed entities are around 97% of the total US companies capital market.

Monday’s Wall Street Journal includes an article written by Tess Stynes stating that the current CEO of Hertz, Mark Frissora, has resigned. Now, Brian P. MacDonald, currently the head of its equipment rental department, has been nominated as temporary CEO. Hertz is in theprocess of planning his future, and is searching for future CEO job with the help of a search firm.

An audit has found a large series of accounting mistakes, and thereforeat the moment Hertz is getting financial statements auditedtill 2011. With reference to business challenges and audit related costs, the company has decided not to extend its equipment-rental business.Icahn revealedin previous month an 8.5 %holding in Hertz, and is intended to discuss matters regarding his lack of trust in the management, accounting issues raised, poor performance as compared to its competitors.