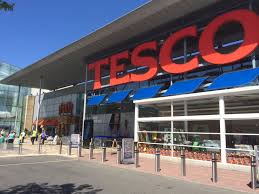 From its inception in the year 1919, TESCO has come a long way in the market of Homerton at London’s East End. The same applies for its market share price. However, lately it has not been performing well. A year ago, it was trading at 372.2p while its average trading price at present is 173.4p. It is important to note that this is only 7 times its float price in the year 1947, when it had made its first appearance in the London Stock Exchange.

Tesco had £ 20 bn wiped out from its value when it confessed that its commercial department had posted in their books, huge suppliers payments in the wrong accounting period. It has received rough treatment in its credit rating, not to mention the adverse media ridicule. Even the highly respected billionaire and investor, Warren Buffet has declared publicly that his Tesco Investment was a ‘terrible mistake’. During the week, he went ahead and made a sale of seventy five million out of his Three Hundred and Twenty Two Million shares. This means that his holding was taken down to 3% by 0.98%.

Tesco made publicly announced that Freshfileds, its legal advisers and Deloitte had jointly launched a probe into the overstatement of the £250m profits. With immediate effect, it also suspended four of its senior executives who included Carl Rogberg , the UK finance director and also the then managing director.

Since revealing that it had overstated its profits for the six months ending 23rd August, it has had its shares plunge down by 25 %. This was in a bid to have its commercial income heightened and also to delay accruing of costs.

On 29th August, Tesco warned its investors that it was expecting profits to be in the range of £1.1bn for the six months ending 23rd August. Compared to the previous year, this was significantly low down from £1.6bn.