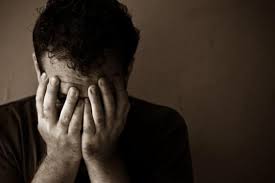 An American Republican, Michael Grimm, is planning to leave the House after his conviction as guilty to a federal tax charge.

He announced last night that his spirit and the voters’ determination have not been affected by the events which resulted in the current situation.

He added that he is not sure about his participation in the next Congress as 100% effective therefore as a representative of the office and people; it is time for him to move on and start the next phase of his life.

Before publicizing his decision, Grimm notified many political allies about the decision.

John Antoniello, the chairman of the Richmond County Republican Party New York, stated last night that currently he is not feeling well and that he was informed by the congressman of the decision.

At Congress convention on January 6, the presence of the lawmaker in the Capital would have been a foremost disturbance as Grimm reported that he was not intending to resign.

Grimm’s conviction has resulted from the accusation that he has understated the sales of a co-owned Manhattan based health-food restaurant by USD 1 million in its forged return of tax. Grimm will be imprisoned for 33 months starting from June.

Grimm had been an agent of Federal Bureau of Investigation. Although he was accused of hiding revenue from the restaurant he partly owned and 20 other perjuries and frauds, he had won the elections of 2010.

There was another accusation that Grimm was involved in hiring immigrants who were unregistered and he understated the wages they had been receiving in an attempt to pay lower payroll taxes.

Grimm acted towards obstructing state and federal governments from collecting taxes for which Grimm was genuinely liable.