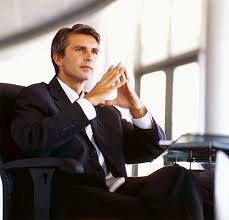 According to Deloitte, economic and political risks at both the national and international levels are considered as the biggest challenges Chief Financial Officers (CFOs) are facing. A CFO survey has recently been conducted by the Big Four audit firms which discovered that, General Election scored 63 percent in respect of the level of risks faced by the businesses of CFOs. Euro-devaluation scored 56 percent.

In spite of these matters, the CFOs were hopeful about the business investment and development prospects in the United Kingdom. In 2015, there is an anticipated increase of an average 2.9% in earnings. The highest risk appetite in the history of research was reported by the CFOs in the previous quarter’s survey.

The chief economist of Deloitte, Ian Stewart, noted that the devaluation in area of Euro is the emerging issue and now it is considered as the second biggest risk for the businesses, followed by the growing market weakness and the United Kingdom’s referendum on European Union’s membership. CFOs consider that the level of risks has been increased over the preceding 3 months.

UK economy’s state remained CFOs’ foremost concern from 2008 to 2013; however under the current situation the risk has seemed to lie elsewhere.

The inflation is expected to sit in the Bank of England’s target of 1.6% and 2.5% in two years time by the 70 percent CFOs, while 20 percent anticipate the inflation to reduce below the target in the same period.

UK has been rated by 90 percent of the CFOs as a “good” or “excellent” place to conduct business; among them 25% pace it at the top level of industrialized economies.