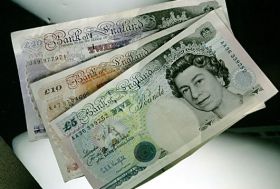 The recent Fraud Barometer of KPMG has found that the monetary value of the fraud cases which were progressing in the Courts of UK has been fallen down to £717 million, i.e. by 14%, whereas the number of fraud cases the Courts are attending is increased by 25% over the last year.

The government bodies and the financial institutions have been supposed to be mostly affected by the frauds of rogue traders and the phony investment opportunities. The investigators have seen dramatic boost from £1.2 million to £6.3 million in payroll during one year.

In an instance, a person transferred £3 million to 20 different bank accounts of self-established bogus company comprising of fake employees, sent money to his fiancée in Thailand and funded his gambling addiction as well. A colleague came to know about his activities but he demanded £1.1million as bribe for keeping it secret instead of reporting the offences to the authorities.

The Forensic Partner of KPMG UK, Hitesh Patel indicated that generally it is perceived that someone would report the fraud as he discovers it but risk of attracting people towards adopting an attitude of “if you cannot beat them, join them” is always prevailing. Colluding with one another makes it much more difficult to detect and correct the frauds. A healthy ethical environment enables an organization to fight with this type of offences.

The fraudsters usually target the people who are vulnerable, to make them invest in fake assets and purchase bogus goods.

Many schemes mentioned in the study indicate that the targets were attracted by showing them the opportunities of increasing their income resources.

The research also revealed that during the year 2013, the cases of the same categories were increased from 64 to number 107 but their values were £98 and £76 million respectively.

Hitesh Patel concluded that the investors and corporate communities are being preyed by the fraudsters. They can protect themselves from the fraudsters if they improve governance while remaining alert to the frauds.