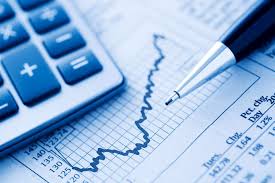 After Securities Litigation Study in 2014, this report comes into focus. It proposed that the gesticulate of securities lawsuits provoked by the economic disaster of 2008 has mostly played itself out and that class acts are, at the present, determined mainly by accounting enforcement actions from controllers, and their focus on noticing and put on trial a range of forms of inappropriate financial treatments.

The report said, “Possible accounting abnormalities or insufficient revelations, no issue how little, may grasp the concentration of supervisory body, who are more and more looking for explanation from companies or, if measured noteworthy, are still opening searches to settle on, if the identified problem is investigative of a bigger issue’’.

If we see the particular accounting problems, profits acknowledgments in 38 percent of class actios, and internal controls were quoted in 58 percent of the 53 class actions.

The report also distinguished numerous rising problems that want concentrations of companies, including problems like the climb in cyber-breaches, new difficulties in financial marketplaces and sharp enforcement of anti-corruption laws.