‘Find Someone to Claim’ 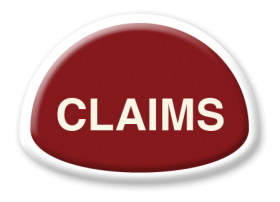 President and Chief Executive Officer of prep business Accounting Services, Inc., Mr, Hutchens has been pleaded guilty against 3 counts of assisting and aiding in the wrong return preparation, based on a scheme of lower tax liabilities dependant on fake shelters. Hutchens sold fake tax shelters to various clients via ASI, endorsing them as legal procedures to reduce taxes to clients. He had been doing this from May 2010 to October 2013. Under the shelters, clients were suppose to buy an equity share in an LLC with a condition under which the LLC will repurchase the shares, for considerably lower price as compared to the purchase price, within two years.

All of these LLCs were non genuine and illegal. Mr. Hutchen following the investment made by his clients in these LLCs prepared their returns and included fake losses from these LLCs.

At a minimum, 125 fake returns were filed by Mr. Hutchens with the IRS and as a result federal government suffered USD 1,622,512/- at least.

The 3 instances for which Mr. Hutchen’s was pleaded guilty related to fake returns filed in 2011 for his clients and had fake Schedule C, a fake loss on form 4797 or a fake schedule E.

Under the plea agreement, Mr. Hutchens has been restricted for life time to act as a tax practitioner for anyone excluding himself and his spouse and cannot even represent persons in front of IRS.

Mr. Hutchens is confronted with maximum of 9 years of imprisonment and a penalty of USD 750,000

Mr. AhferomGoitom, aged 35, a tax practitioner has been proven guilty against 1 count of preparing wrong return. Mr. AhferomGoitom accepted that in process of preparing tax returns for his clients, he added fake credits and deductions and mostly this was done without knowledge of the clients. He used to add un-true business expenses, inflated expenses relating to childcare and exaggerated charitable deductions.