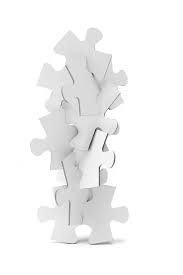 A new Question and Answer guide providing information on Foreign Account Tax Compliance Act has been released by a Practicing Law Organization. The FACTA answer booklet 2015 has been written by Mr. Matthew D.Lee, former trial attorney at the Justice Department who is currently working at Blank Rome, a Law Firm. The answer booklet gives a walkthrough to its readers over the different aspects of the latest requirements and advises financial institutions on issues relating to compliance involving Foreign Account Tax Compliance Act and various other regulatory regimes.

The booklet details concepts and terms of FACTA, identifies over eighty thousand to date financial institutions and explains the liabilities placed on FFIs as per the ACT.

The booklet gives guidance on the numerous liabilities imposed under the recent law, which includes reporting, withholding and due diligence. Matthew D.Lee’s answer booklet 2015 gives a detailed procedure on ways to register with Internal Revenue Service (IRS) and become FACTA-compliant financial institutions. The book further explains at length the compliance programs which are now required by Foreign Account Tax Compliance Act.

In the introduction of the book, Lee wrote that the United States government went through aggressive efforts to break Swiss banks laws of secrecy in year 2008. These steps were taken in anticipation that the government might unveil those who have been evading US taxes. The story didn’t end at the victory of US government over the Swiss banks but it made effective the FACTA as a new US law from 1st of July 2014. With the introduction of the new law a new era relating to offshore investing and banking by the taxpayers of U.S. This equips the government with a tool that enables it to capture offshore tax evasion. `