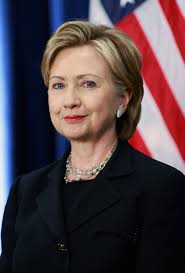 In order to encourage investors make investments in the long term, Hillary Clinton has made a proposal of raising the capital gains tax thereby making it difficult to sell stocks which have been held for a period not more than 6 years. This has also added complications to the system of taxation in the U.S.A.

Compared to the present system of two- tier, Clinton proposed a 43.4 % in assets which have been held for less than one year and 23.8 % for that which is above that. This proposal would result to a 6 rate structure in capital gains for households with high income. For the highest tax bracket earners in America, assets which have been held from 0 to 2 years are subjected to taxation at the top income rate of tax of 43.4 % as per the campaign.

According to Clinton, the present long term definition of the period of holding is sadly insufficient for the economy in America. Clinton’s intention is to increase capital gains tax higher than the proposed 28 % which were proposed by President Barack Obama earlier in the year and higher than the maximum of 20 % that Clinton had supported in the 2008 presidential campaign. The present Secretary of affairs and former U.S Senator says that this is in a bid to encourage corporations and investors to think in the long term.

The households with the most wealth would have their taxes increased while promoting investing in buying and holding. The current highest tax brackets are those having an income greater than $ 413,200 for persons and $ 464,850 for couples that are married.

Clinton’s plans are intended to have major costs where capital is expected to be tied in investments which tax payers can exit for taxation costs.