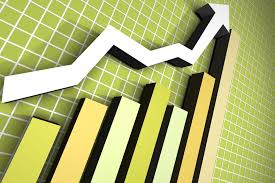 The most recent worldwide survey of finance professionals stated that there is a period of major adjustments and volatility facing the global economy. The 2015 second quarter saw a fruitless increase in prices of oil, various anticipated and unanticipated central bank rate cuts, rebound in consumer sentiments of the Western countries and a crashed stock market in China.

This consequently led to loss of business confidence in the 2015 second quarter following improvement in six months in a survey carried out by ACCA on Global Economic Conditions. The slowed confidence may be compared to some of the largest economies in the world: most businesses in the US were affected by disruptions in the port, enormous storms at winter and a strong rate in the dollar. Conversely, those in China experienced a cooled economy in quarter before experiencing a stock market that overheated in the second quarter.

Out of these factors, the economic slowdown of China and accompanying investment shift to growth that was driven by consumption will have the biggest impact in the long run on trade patterns World- wide. This will consequently hit hard the exporters of commodities worldwide.

Almost 50% of those under survey anticipated to see an increase in government spending in the next five years while 35 % anticipated a decrease. According to the survey, when faced with uncertainty, firms are quick to retrench on staff. 41 % of companies have stopped recruiting or have retrenched their staffs.

The main worldwide concern was due to increased costs because 46 % of the respondents got worried of the impact whereas movements in foreign exchanges were deemed as the problems by most businesses with chains of cross border supplies.

However, there was a major variation in the region in the relationship between economic outlook confidence and willingness of taking up new staff. For instance, the number of companies creating jobs in North America was more than those who expressed great confidence in the economy. In Africa and South Asia in contrast, there was a relatively high confidence that was needed for translating people to new investments. This hence shows a degree of uncertainty regarding business growth sustainability in areas that encounter various external vulnerabilities and internal challenges.