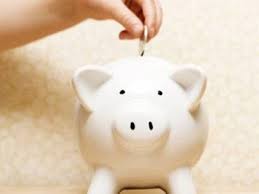 There is need for most tax practitioners to meet with foreign account holders who have deliberately or inadvertently failed to report foreign accounts accurately. This is so that they can be advised on the best way of making disclosures to the Internal Revenue Service.

Since most tax payers in U.S have failed to report income from foreign financial accounts, there are two programs that have been implemented by IRS which allow tax payers in U.S to bring them in complying with the Bank Secrecy Act and the Internal Revenue Code. Each of these programs has got its own penalties and ramifications. The Offshore Voluntary Disclosure Program together with the Streamlined Offshore Disclosure program are both exclusive. Participating in one does not allow you to participate in the other.

Taxpayers in OVDP are expected to file income tax returns that are amended and also show FBAR filings for the past eight years isolating foreign real estates and foreign accounts together with any foreign income producing asset to such extent as the foreign assets led to unreported income.

The tax payer should pay every tax on income unreported and interest on any extra tax in addition to 20 % accuracy based penalty as penalty for violating income tax. It is on the highest balance of account that a penalty is assessed together with any foreign asset which resulted to any unreported income for the past eight year period. The penalty is usually 27.5 % of the largest account balance. Regrettably, there are various banks which are listed as facilitator banks and if such an institution holds any tax payer’s funds, then the penalty is 50 % for all held foreign assets.

The main advantage of OVDP is the reason that one is assured that you will not be criminally prosecuted. Conversely, it is only the non-willful filers that the streamlined program is available to.