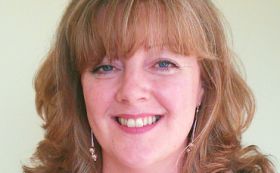 CHARTERED ACCOUNTANTS are increasing their debts during these uncertain economic times according to the Chartered Accountants' Benevolent Association (CABA).

The support group for ICAEW members said each accountant now has around 24 unsecured creditors each which include credit card companies and the taxman.

"Many accountants who approach us are in denial about how much they owe but do know that they are in trouble. They reach a point where they are facing more debtors, who are becoming more aggressive, and they come to CABA for help," she said.

"If we have one piece of advice to accountants facing debt problems, it is to seek assistance earlier."

Coxshall explains some examples of debt stricken accountants include those running small practices whose business is suffering because of the recession and many older accountants without adequate pension provisions.

"At the other extreme, there are those earning considerable salaries but who simply living beyond their means, often because they feel that they have to be projecting a certain kind of lifestyle that they cannot really afford," she added.