Past Times in Administration 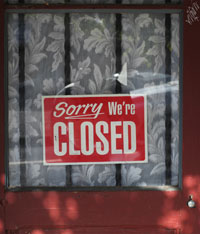 Howard Smith, Mark Firmin and Joff Pope of KPMG’s restructuring practice have been appointed joint administrators to Past Times and have announced further job losses at the struggling high street retailer.

Prior to the appointment, the company had already closed 46 stores, resulting in 507 redundancies, as well as completing the planned closures of 72 ‘pop up’ temporary stores.

The administrators have now announced a further 67 redundancies at the Past Times head office and warehouse. The remaining business, comprising 51 stores and 500 employees, is continuing to trade in the short term, with closing down sales and significantly discounted stock across all shops nationwide.

The administrators say there will be an orderly wind down in the event a going concern sale cannot be concluded.

In an update on progress at the high street shoe retailers Barratts Priceless Group, joint administrators Deloittes have announced a sale of the business and the majority of its assets to the existing management team. As a result of the deal, 39 stores and 14 concessions will close, with the loss of 680 jobs, while 89 stores and 1184 jobs will be retained.