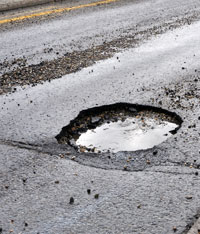 Insolvency practitioner SFP has been appointed administrator of Sensible Transport Limited after it amassed debts of almost £1 million, including a sizeable sum to HMRC.

The Somerset-based road haulage and transport company employs 67 people and has an annual turnover of approximately £8 million.

SFP said that in 2011, four out of five instructions received by the firm cited large debts to HMRC as part of the reason for their financial troubles. Simon Plant, Group Partner, at SFP, said. ‘Ensuring that the business has made provisions for the tax bill is the only way to avoid pitfalls like this. Sensible Transport has run into cashflow difficulties and we are currently in discussions with interested parties for a sale of the business as a going concern.’