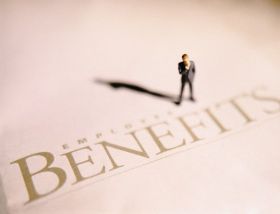 Judge John W. Darrah of the US District Court for the Northern District of Illinois entered the permanent injunction orders, to which the defendants consented, against the Sunderlages; SRG International Ltd., of Nevis, West Indies; and three Illinois companies ‒ SRG International US LLC, Maven U.S. LLC, and Randall Administration LLC.

According to the government complaint, the defendants claimed to promote and operate plans that provide insurance benefits to participating companies' employees, when in fact, the scheme was simply a mechanism for the companies' owners to receive purportedly tax-free or tax-deferred income for their personal use.

Tracy Sunderlage and the two SRG International companies allegedly marketed the scheme to high-income professionals who own small closely held companies. In the most recent version of the alleged scheme, each participant's company made supposedly tax deductible payments to a purported benefit plan operated by Maven US and Randall Administration. The companys' contributions were then allegedly transferred to an account within a company based in the Caribbean island of Anguilla, in which they were allegedly invested until the owner terminated from the program and received the assets for his or her personal use.