People In The News 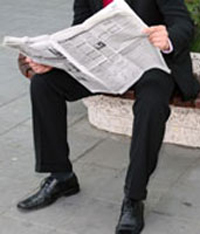 Moore Stephens has hired Gary Oliver as partner in its insurance team. Oliver joins from Mazars and was risk management and compliance director at Ark Syndicate Management as well as group head of internal audit at Wellington Underwriting.

Phil Ewing, Harrison Beale and Owen director, has been appointed to the UK board of MGI, the international alliance of independent auditing, accounting and consulting firms.

Doug Sinclair has been appointed director of tax investigations at Berg Kaprow Lewis. A member of the ICAEW Tax Investigations Practitioners Group, Sinclair has worked in a tax role for both HMRC and the private sector.

Monahans has added to its forensic service team with the recruitment of Caroline Beeas forensic manager. Bee rejoins the firm she started out with, after graduating from university. Most recently she was head of finance and procurement at Wiltshire Council.