Yahoo CEO Had Only an Accounting Degree 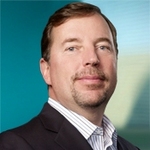 Yahoo has admitted that its recently appointed CEO, Scott Thompson, lacked the computer science degree he was originally claimed to have, but he does have an accounting degree. Thompson, a former president of eBay’s PayPal unit, had told Yahoo’s board before he was appointed as chief executive in January, that he graduated with both an accounting degree and a computer science degree from Stonehill College in Easton, Mass.

The company communicated that as well in a filing with the Securities and Exchange Commission. Yahoo now admits that the computer science degree was an “inadvertent error,” according to Business Insider. The college did not have a computer science major at the time Thompson graduated. At eBay too, he had claimed to have a computer science degree. He did receive a business administration degree with a major in accounting. However, one of Yahoo’s major investors, the hedge fund Third Point, which has been mounting a proxy battle to gain seats on Yahoo’s board, is now demanding the right to inspect Yahoo’s books and records.

Third Point sent Yahoo a demand Monday pursuant to Section 220(b) of the Delaware General Corporation Law to inspect books and records relating to the hiring of Thompson, along with the appointment of Patti Hart to the Yahoo board, and the selection of board members Peter Liguori, John Hayes, Thomas McInerney, Maynard Webb, Jr., and Fred Amoroso.

Third Point said it believes that Yahoo shareholders and employees would be best served if the board accepts responsibility quickly for “this latest debacle.”

“If the Directors are truly interested in ‘working in a constructive manner with Third Point,’ they should provide answers promptly. We believe that this internal investigation by this Board must not be conducted behind a veil of secrecy and shareholders deserve total transparency,” said Third Point.