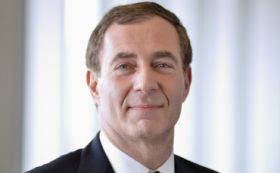 THE NEW leadership team of KPMG chairman-elect Simon Collins has been launched.

A ten-person team sees a number of new faces at KPMG UK's top table, along with the absence of some of the firm's heavyweights.

The head of audit role is given to Tony Cates. There is no place for former audit chief and contender for the top job, Oliver Tant. Instead he takes the title vice chairman, and will also chair a newly-formed ‘client council'.

The conusel will comprise both KPMG partners and external people, looking at how the firm can work better with clients and anticipate their needs.

Richard Bennison, another front-runner to replace current chairman John Griffith-Jones, retains his role on the KPMG Europe board.

Head of tax Alastair McLeish retires and is replaced by Jane McCormick. Head of advisory is Richard Fleming.

Karen Briggs is named head of risk consulting, and will report to Fleming.

Ashley Steel, who stepped down from KPMG's operating board in January 2011, is also named vice chairman.

Collins said: "I am pleased to announce KPMG's new leadership team. We are determined to remain absolutely focused on the needs of our clients and respond quickly and decisively to marketplace developments. I am also glad to increase the representation of women amongst our senior leadership. I am committed to leading a diversity agenda in the firm."

John Griffith-Jones said: "I am delighted that Simon has created a strong team to take the firm forward, and look forward to working with him over the next few months as the transition takes place."