Civil Servants Paid Off-Payroll Will Not Be Named 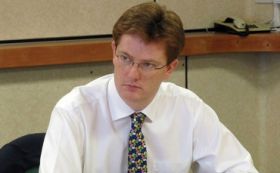 THE CHIEF SECRETARY TO THE TREASURY is to tell MPs today that more than 2,000 public officials have potentially been reducing their tax bill.

The arrangements mean that the workers could have minimised their tax payments by receiving their income off the government payroll, reports The Telegraph.

"Dozens" of them are said to have been paid this way for over ten years, but while their job titles and contract lengths can be disclosed, data protection laws mean they cannot be named.

Danny Alexander (pictured) will announce the results of a Whitehall review which found some 2,000 senior public office-holders earning over £58,200 per year were found to be paid in this way.

Receiving payment through a service company could allow the recipient to be taxed at the corporation rate tax rate of 21% rather than pay up to 50% in income tax.

It is thought the 2,000 figure reported is an underestimate as it does not include workers in the National Health Service (NHS), education or local authorities.

In a letter to a cabinet committee earlier this month cited by The Telegraph, Alexander said the scale of the issue had not been realised.

He told them: "The sheer scale of off-payroll engagements across government, and the length and size of these contracts, suggests that the scope for artificial tax minimisation may be greater than previously understood."

It is expected Alexander will tell Parliament any civil servant paid off-payroll, having been employed for at least six months on more than £220 per day must demonstrate they have paid their fair share of tax.

If they cannot prove this, their contracts will be terminated.