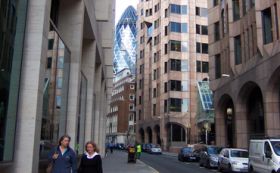 DEWEY & LEBOEUF ADMINISTRATORS have made 96 redundancies in its now-defunct London office, with a core team of 12 support staff members retained to assist with the wind-down of the business.

The US bankruptcy filing occurred about 12 hours later, with a Chapter 11 filing submitted in federal bankruptcy court in Manhattan at 9pm New York time.

The wind-down of the UK LLP, which is being overseen by the administrators, director of administration Karen Morrissey and CMS Cameron McKenna partner Rita Lowe, will take up to 12 months to complete.

A significant part of the work for an orderly wind-down of the City base has already taken place. The aim is to realise the assets of the business as quickly as possible and arrange for all remaining files to be safely archived in accordance with regulations in the coming two weeks.

According to one former partner, there are more than 20 main creditors in the UK, including the firm’s Mincing Lane landlord. The UK LLP had annual commitments on property leases of £2.3m, with the leases due to run until 2017.

More than half of the 96 redundant staff members have already found new jobs, with many of them joining partners who have secured moves to new firms including Morgan Lewis & Bockius and McDermott Will & Emery, according to the administrators.

At the end of March, Dewey's London office had 35 partners, 77 lawyers and 87 support staff.