Accountant In The Clink 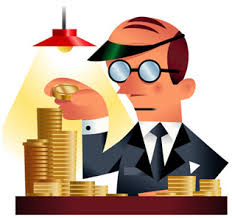 Ronald Moncrieff used to be a successful accountant, today he is a convicted felon. An investigation by Her Majesty’s Revenue and Customs discovered that he had be regularly claiming fraudulent expenses worth a whopping 153,000 pounds. It seems that Moncrieff was claiming expenses on his tax returns as well as those of his wife and his son. It wasn’t enough to claim simple expenses though, he also claimed expenses for hiring subcontractors when he had never hired any.

During a raid in October of 2012, the investigators discovered documentation proving that he had overstated expenses and understated his income so that he could reduce his tax liability. He will spend the next 18 months in prison. He pled guilty to filing false tax returns. On top of the expenses he was ordered to pay back he has been ordered to pay another 18,000 pounds in interest. He’s paid 65,000 of the total amount he owes and Revenue & Customs is in the process of confiscating his assets to pay the rest.

The judge who sentenced him to the year and a half of prison time told Moncrieff that he cannot lay blame at the feet of anyone other than himself. Unfortunately, Mr. Moncrieff is not alone. His belief that because he is a professional chartered accountant that he could successfully hide the fraud was incorrect. In his case, he also used the names of members of his family to help him conceal his crimes from the government.

And while the knowledge of tax law and accounting could conceivably account for a motivation to defraud the government, the truth is that in accounting there are always records. Bank records of deposits, items purchased, and in order for a fraudster to succeed, he or she must always have at least some idea of the true revenues and expenses of his business. It’s necessary to keep such records so as to adequately be able to explain or hide those transactions. That is why it is unusual for investigators to come up empty when searching for documentation proving fraud has occurred.