Accountants can Play an Important Role in Reducing Corruption 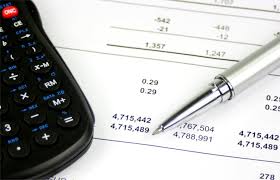 According to a new study performed by the International Federation of Accountants (IFAC), the professional accountants and the accountancy profession as a whole are playing an important and positive role in reducing corruption and in establishing strong and effective corporate governance structures.

Corruption is an economic cancer that is adversely affecting not only the business community but also the society as a whole. The study also shows that the accountants and the accountancy profession acting in the best interests of the public is an important part of the solution to the disease called corruption.

The study also made a point that the profession of accountancy is a very important part in laying the foundation of a good corporate governance structure that effectively works in countering the effects of corruption, in association with strong government and business community. The study also shows that education, professional ethics and values and supervision when integrated with the accountancy profession will have positive effect on the accountancy profession with regards to countering the effects of corruption and also the corruption itself.

The progress in the fight with corruption requires three important things, first one of which is the continuation in cross-sector collaborations, and second one is the revitalization of international interest in public financial management and the last one is the adoption  of quality international standards on financial reporting, auditing and ethics.

The study also revealed that a very high percentage of accountants that are part of the work force, strongly relates with the better outcomes in Transparency International’s global Corruption Perceptions Index (TIGCPI).

When examining the impact of the profession in nations that have strong governance structures in place, the correlation was significantly higher in G-20 countries and in member countries of the Financial Action Task Force.

When accountancy organizations that exist in an economy and that have also adopted the global accountancy profession’s educational, ethical and disciplinary requirements then in that scenario the positive relation of these factors with the Transparency International’s Corruption perceptions Index increases even more.