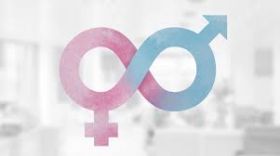 Companies with females in leadership positions like chief executive officer (CEO) or board chair have almost double the amount of women on the corporate boards when compared with companies that are led by men, according to a report by Deloitte.

The report highlights that the number of board positions held by women is still underwhelming and women overall are still under represented at the board level despite efforts made in various parts of the world to improve representation of women on the corporate boards.

As per the report, women hold a mere 15% of board seats worldwide, this shows an increase from 12% that was reported in 2015.

Norway leads the pack with the highest share of women holding board seats at 42%, behind Norway is France with 33% and then Sweden with 32%. The UK is placed at 12th in the list with 20%.

New Zealand has shown the most improvement with reference to women representation on the corporate boards since 2015.

As far as US is concerned, women hold 14% of board seats, this shows an increase of 2% when compared with the previous 2015 edition of the report.

According to chairman of Deloitte North West Europe, Nick Owen, the increase in the number of female CEOs and board chairs is likely to infuse greater diversity in to the setup and culture of the corporate boards.