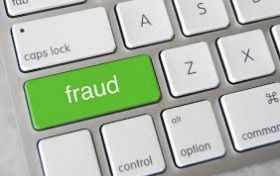 An Investigation carried out by Scotland’s Accounts Commission revealed that a fraud of £1m carried out at the city council in Dundee resulted mainly due to failures in the council’s internal controls relating to its financial system. The impact of the said fraud could have been limited if the council had addressed the flaws and weaknesses within its invoicing system in time.

Mark Conway, an IT specialist who was employed by the council for more than three decades, made several payments to himself from 2009 to 2016, amounting to £1.065m. Last year, Mark Conway was sentenced to serve jail time for more than five years. The fraudulent transactions were identified and exposed in June of the year 2016.

The investigation that was carried out subsequently discovered that a total of 57 deceptive transactions involving payments made to more than one bank account occurred from 2009 to 2016. The accounts identified in the subsequent investigation were different from the account in which Conway’s salaries were usually transferred to by the council.

Conway used both the knowledge he had of the financial system and privilege of having access to the system, and entered fictitious invoices into the council’s purchase ledger.

The report also said that it were the failures in key internal controls within the council’s financial system that led to this major loss for the council. Specifically, the lack of segregation in duties played a major role in allowing the perpetrator to have access to council’s systems and carry out the fraud without any resistance or deterrence. It was also found that the council’s internal controls like
preparation of system reconciliations were ineffective or were not prepared in some instances due to which deceptive transactions were not identified as anomalies to be further investigated at an initial stage.