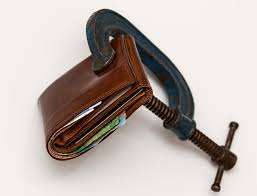 Paul Winskill, director at Premium Asphalt Ltd, has been disqualified from acting as director of any company for a period of eight years after he was found guilty of transferring more than £1m from one of his businesses to his three other companies in order to avoid the payment of the debts of his failing company.

Premium Asphalt Ltd is an Aintree-based construction firm, providing construction services throughout the country. The firm has been engaged in the construction of commercial buildings and roads.

The company faced trading difficulties and could not cope up with the circumstances and went into administration on February 19, 2016. However the administrators were not provided support by the management including the failure to provide valid explanation of payments amounting to more than £1m to three companies two weeks before appointment of administrators which was duly reported by the administrators to the Insolvency Service.

An enquiry was initiated which revealed that a winding up petition was filed against the firm by a creditor who owed more the £300,000 to the firm. In order to avoid payment of the debts, Winskill transferred £1,044,794 to three other businesses where he was not director however these were operated by him.

Winskill was found guilty and he also admitted of transferring more than £1m to other companies in order to avoid payment to creditors which was against the interests of the creditors of the company.

Head of insolvent investigations at the Insolvency Service, Robert Clarke, said that we made investigations and found that Winskill transferred more than £1m to three other companies that were operated by him.

The directors placed their personal interests above the financial damage of the creditors which is damaging for the local economy.