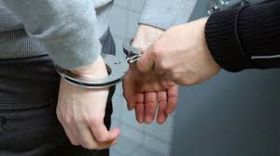 Clair Gould, a North East businesswomen, has been sentenced to jail for a period of 504 days with an order to repay the sum after she failed to repay the amount of £87,509 within the prescribed period by the court.

She forged invoices in respect of a VAT fraud amounting to £87,000. Clair Gould held the stance that she had used the amount for her businesses involving Belles and Beaus Ltd, Events Ltd and Fence houses based companies Balloon Mania Ltd. However, the investigations proved contrary and HMRC discovered that Gould used fake invoices to fraudulently claim VAT refunds amounting to £175,000 out of which 87,509 was paid subsequently.

The hearing was held at Durham Crown Court, which sentenced her to jail for two years which was subsequently suspended and she was also ordered to repay the money she stole within two months.

Gould failed to comply with the requirements of the confiscation order and could only pay £7,000 towards the order due to which she has been jailed for 504 days and the remaining sum repayable.

She has to pay the sum along with interest which has been accumulated to £9,936 till date and will increase by £17.65 per day until the remaining amount of £80,509 is repaid.