Cash Collection Company Coin Co bosses Banned from Being Directors After they Were Found to be at Fault of Holding onto £5.8m Owed to Company’s Clients 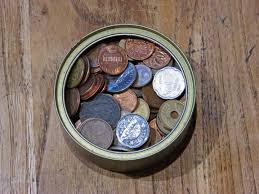 Four members of a family that ran a company which collected cash on behalf of its clients have been banned from conducting or being involved in business activities for a combined time period of 32 years, after they failed to pay millions which they owed to the company’s clients.

The company incorporated in 1995 provided cash collection services to its clients under agreements as per which the sum of money collected by the company was counted, deposited in bank and finally paid to client on the behalf of which it was collected at the first place.

The company failed to make payments of collected funds to clients thus breaching the contracts it had previously entered with client entities.

The investigation also found that company breached a number of commercial agreements related with providing coin collection service to clients.

None of the directors disputed the findings of the investigation and as a result each director has been handed an eight-year ban.

Robert Clarke, group leader of the investigations at the Insolvency Service said that companies handling or collecting money on behalf of others have a responsibility of making sure that funds collected are paid in due time to their rightful owners, as per the underlying agreements which the company entered into with clients. Directors who fail to effectively discharge these duties will be investigated and if found guilty then they will be banned from taking part in business activities for a significant period of time.