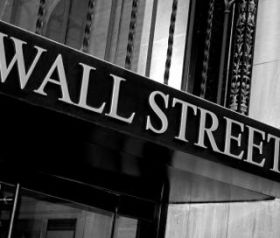 An annual review by the state comptroller, published Tuesday, blames the worsening conditions on economic uncertainty from the eurozone crisis, a sluggish economy, volatile stock markets and regulatory change.

"The securities industry had a strong start to 2011, but its prospects have cooled considerably for the second half of this year," said comptroller Thomas DiNapoli.

"It now seems likely that profits will fall sharply, job losses will continue, and bonuses will be smaller than last year."

New York Stock Exchange firms earned $9.3bn in the first quarter of this year before seeing sharply declining profits in the second quarter. The Office of the State Comptroller said it was unlikely that profits this year would reach even two-thirds of those from 2010.

The declines in profitability have led to job losses with 4,100 workers in the securities industry having been laid off in August. However between January 2010 until April this year, 9,900 jobs were added in the industry.

Redundancies are projected to continue with the Office of the State Comptroller estimating that 10,000 jobs could be lost by the end of 2012. This would mean a total of 32,000 jobs lost in the industry since January 2008.

"Occupy Wall Street" protestors might be pleased to know that cash bonuses are in their second year of decline according to the report.