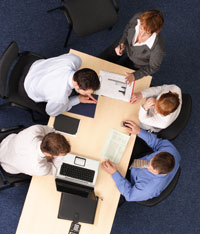 The number of people looking for jobs has increased, but the level of placements of both temporary and permanent staff remains static, according to research by the Recruitment and Employment Confederation (REC) and KPMG.

The Report on Jobs shows that permanent candidate availability in October increased at the sharpest rate since December 2009, while the latest improvement in temporary/contract staff availability was the strongest in 23 months.

For the first time in over two years, recruitment consultants indicated a reduction in permanent staff placements, although the decline was marginal. Demand for temporary and contract staff rose modestly, although it remained subdued compared with the long-run average.

The report identifies the professional services sector, including accountancy, as the one area bucking the trend, with some signs of increased hiring activity during October.

The survey also suggests that while a rise in the national minimum wage has contributed to solid growth of temporary/contract staff pay, permanent salaries have remained unchanged.

Bernard Brown, partner and head of business services at KPMG, said: ‘This month’s data presents a gloomy picture for permanent jobs. The figures show permanent placements falling for the first time in over two years. Nervous employers are placing recruitment decisions on hold amidst concerns over the economic outlook, in many cases choosing instead to plug gaps with temps.’