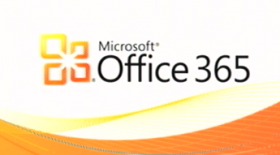 Microsoft CEO Steve Ballmer launched the much-awaited Office 365 on Tuesday, after a beta program of about nine months, as the company responds -- some critics say belatedly -- to the rising popularity of cloud-based applications for collaboration and communication.

"Office 365 is where Office meets the cloud," Ballmer said at an event in New York.

Office 365 is the next version of the BPOS (Business Productivity Online Suite) collaboration and communication suite. Among the main improvements in Office 365 is that its applications, including Exchange Online and SharePoint Online, are based on the 2010 version of their on-premise counterparts, while BPOS' are based on the 2007 version. Office 365 also comes with Lync Online, which is an upgrade to Office Communications Online.

Also significant is that Office 365 offers customers the option to have Office productivity applications like Word and Excel either through Office Web Apps -- the online version of Office -- or through the full-fledged, on-premise Office Professional Plus 2010 delivered via a subscription model.

Office 365 comes in a variety of configuration options, starting from an e-mail only version that costs US$2 per user, per month, to the most sophisticated option with Office Professional Plus and voice communications capabilities with Lync Server on premises, which costs $27 per user per month. Lync Server is the next version of Office Communications Server. A version tailored for small businesses with 25 or fewer end users costs $6 per user per month.

Ballmer stressed that Office 365 is designed for businesses of all sizes. More than 70 percent of the about 200,000 companies that beta-tested Office 365 were small and medium-size businesses, he said.

Officials demonstrated Office 365 capabilities, like the ability for multiple users to jointly collaborate and edit documents in real time, not only from PC browsers but also from mobile devices.

Microsoft also announced that Bell Canada, Intuit, NTT Communications, Telefonica, Telstra and Vodafone are some of the partners that will resell Office 365 with their own services.

With Office 365, Microsoft is responding to an explosion in recent years of cloud-based enterprise collaboration and communication suites from a variety of large and niche vendors alike, including big names like Google, Cisco, IBM, VMware and Novell and specialists like Jive Software, Socialtext, Box.net and Zoho.

The primary competitor is Google's Apps suite, which industry experts consider the biggest threat to Microsoft's communications and collaboration products, both on-premise and on the cloud.

Since the announcement of Office 365 in October of last year, expectations have been growing, and Google has been intensifying its competitive rhetoric.

In recent months, Microsoft has struggled with several major outages affecting BPOS, which have made some critics question whether Microsoft will be able to live up to its 99.9 percent uptime service level agreement for Office 365.

With Office 365, Microsoft is also trying to consolidate the branding and technology base for various cloud-based suites it has developed in recent years, such as BPOS, Office Web Apps and Live@edu.

Office 365 has also been designed to interact natively with the on-premise versions of SharePoint, Exchange, Lync and Office.