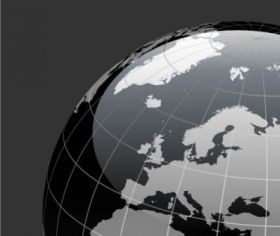 Eurozone countries have taken a battering in a recent survey ranking the competitiveness of worldwide cities as international financial centres.

Releasing its tenth Global Financial Centres Index, the Z/Yen Group found there has been a drop in the attractiveness of a number of European cities, including Madrid, Dublin and Milan.

The trio fell by 11, ten and nine places respectively in the index, which is based on investor sentiment towards 75 worldwide financial centres. (Full rankings published at the end of the article.)

The index is run on a 1,000 point sliding scale, of which half of the points scored by a city are based on factors such as the people, business environment, infrastructure, market access and general competitiveness.

The other half of the score is calculated in a series of surveys with financial sector professionals.

London was again ranked as the number one financial centre, just ahead of New York and Hong Kong. However, the three cities are now only four points apart on the 1,000 point scale, representing a marked catchup.

The report argues that the relationships between the three cities are now "mutually supportive".

"Whilst many industry professionals still see a great deal of competition, policymakers appear to recognise that working together on certain elements of regulatory reform is likely to enhance the competitiveness of these centres," the report says.

"However, London in particular must not rest on its laurels. The Vickers report recommends some fairly fundamental reforms of the banking industry and many in the sector believe that these might damage the competitiveness of London."

Helsinki was the year's biggest riser, climbing 17 places to the 39th position, while Tallinn rose by seven places, up to number 67 in the rankings. Istanbul also climbed to number 62 after gaining nine places. Perhaps unsurprisingly, Athens dropped two places to be ranked bottom of the 75 cities.
Meanwhile, Jersey rose two places to 21st and Guernsey fell four to 31st place.