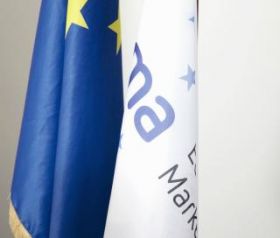 The European securities watchdog has refused to budge on industry complaints that structured products face "considerable costs" under new legislation.

The European Securities and Markets Authority laid out the final technical standards for the Prospectus Directive on Tuesday.

It said that it is "aware that the proposed approach will have an impact on the structured products industry but considers it necessary."

It did however overturn prior proposals that would have seen the issuers of the prospectus having to disclose "all" knowable information about the securities it is issued with.

Instead, the information will only have to enable investors to take an informed investment decision, Esma said.

The International Capital Markets Association had spearheaded complaints that the directive would have seen too much information being disclosed to investors.

It would also have burdened national authorities as a result, Icma said in July.

Esma did acknowledge that its proposals will reduce the flexibility of base prospectuses used in securities issuances.

However, market participants have previously taken advantage of a lack of regulation in disclosing information in the final terms that must be approved by national regulators, it said.

As a result, it will keep the more stringent requirements for structured products prospectuses.

The paper says: "Esma is aware that the proposed approach will have an impact on the structured products industry but considers it necessary that competent authorities scrutinise the redemption structure of structured products in accordance with the comprehensibility, consistency and completeness criteria set out under Article 2 of the Prospectus Directive.

"It should be noted that the consultation paper does not propose to prohibit the issue of structured products under a base prospectus and such securities can still be issued using final terms if they are compliant with the rules on final terms and article 2 of the Prospectus Directive.

"However, taking into consideration that structured products have become increasingly complex over the last years, Esma notes where the terms of the different types of complex products have not been clearly presented in base prospectuses, this has affected the readability and comprehensibility of the base prospectuses."The requirements surrounding structured products caused the biggest stir of the technical details, Esma's release acknowledged.