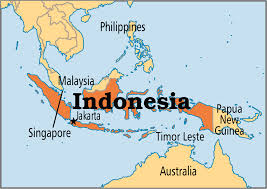 ACCA (The Association of Chartered Certified accounts) now ready to deliver its knowledge, skills and technical expertise in Indonesia to support its national body Ikatan Akuntan Indonesia (IAI). The primary goal for this conglomeration is to deliver the country’s need for qualified and skilled accountants. ACCA announced during the official launch in Indonesia on 29 May 2013 that ACCA has become more capable to various stakeholders.

According to Mulyadi Setiakusuma (Head of ACCA Indonesia): ACCA is ready to support the Indonesian accounting profession and they’re dedicated to show their commitment. ACCA is proud to announce that the conglomeration between Indonesian national body and ACCA will place very soon.

Apart from the book prize, ACCA moves one step ahead to develop the qualified work force. On 11th March 2014 and 15th march 2014 ACCA signed MoU (Memorandum of Understanding) with Prasetiya Mulya School of Business and Economics and University of Surabaya for the undergraduate accounting program.

According to the FBE Ubaya – the conglomeration between ACCA and FBE Universitas of Surabaya (Ubaya) ensures the world class accounting studies which gives the extra mileage in a global business environment and makes them global citizen. On the other hand, Mr. Sandy Harianto (Head of Accounting Program of Prasetiya Mulya) said that the collaboration between ACCA and Prasetiya Mulya School of Business and Economics will help their accountancy graduates to pursue the international degrees as well as ensure the opportunities to work with reputed global multinational companies.

During the “educate the market” effort by ACCA, it conducts several collaborative efforts with British chamber and Ikatan Akuntan Indonesia. The collaborative event included – seminars, radio talk shows and “train the trainer” sessions where a number of top notch experts contributed. The lecturers from many reputed universities like universities in Jakarta, Yogyakarta and Surabaya contributed to this effort.