IRS Gets Pat on the Back for Accurate ACA Eligibility Data 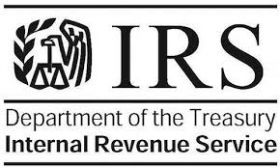 As per a report from the Treasury Inspector General for Tax Administration (TIGTA), the national tax agency has performed almost perfectly in providing information relating to family sizes and income to health insurance companies to decide over their eligibility for health insurance and refundable tax credit as per the ‘Affordable Care Act’ (The Act).

Under The Act, eligible people having income equivalent to 100 % to 400 % of the national poverty level get a tax credit to finance their partial premiums of the health insurance purchased from state-operated health insurance companies.

Based on the information provided by health insurance exchange, TIGTA proclaimed that IRS’s gave an accurate response to 99.7 percent of the 101,018 family size and income requests, received between 01 October and 04 October 2013.

However, 33 responses were identified by TIGTA, in which the IRS couldn’t provide the requested information as it was not able to relate the name information on the application form and IRS data record. As per a report, these 33 responses were wrong as IRS data contained the names given on the application forms but the mistake was due to a programming fault in IRS data record system, which did not always showed the latest name displaying on the tax account of individual.

IRS approximated that around 2.8m taxpayers are affected due to this error for which IRS coverage data repository contains the information. But for the purpose of family size and income confirmation applications received by the IRS affected by the error are significantly less. Even then as per the IRS they have requested to correct this error in the system and the system will be all set for the coming insurance exchange enrolment time in November 2014.

TIGTA has recommended the chief technology officer of IRS to ensure that the IRS data accurately reflects the individual’s latest name present in the IRS data record. This was acknowledged by IRS claiming that steps for this update have already been taken.