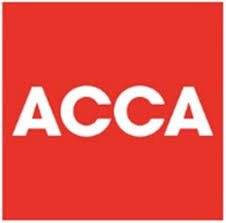 It’s been over a century since Association of Chartered Certified Accountants (ACCA) has been providing the professional accountancy qualification around the globe. ACCA was established on November 30, 1904 and recently it celebrated its 110th birthday. The global body was founded on a set of five fundamental principles. These are:

Since its birth, ACCA has focused on the delivery of public value around the globe. Currently its objective is to become the leading professional accountant developer by the year 2020 to fulfill the world’s requirement for accountants. ACCA also has undergone a significant growth over the last forty four years. From 1970 to 2014, ACCA members have been increased by 157,500 (being 12,500 in 1970 and 170,000 in 2014 in almost 180 countries of the world).

ACCA’s Chief Executive Helen Brand OBE said that it is very critical in current times to develop stable economies. A well-integrated global accounting profession, which requires the highest level of ethics and professional standards of the global accountants, is a vital component of stable economic growth.

Helen Brand stated that ACCA’s plan to 2020, which has been introduced during the year, has been developed to respond requirements identifies in different economies around the globe. He continued that in relation to this, ACCA firmly believes in the growth of finance professionals who adhere to highest quality standards in each aspect. He added that that ACCA will continue to invest to achieve this long term objective which will in return add to public value.

ACCA has been constantly supporting the new markets and has currently opened its 91st office in Myanmar this year. ACCA is the only accounting body, in such many countries around the globe, which is operating in coordination with the local governments and employers in order to support the economic development.