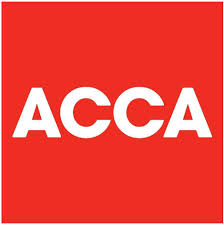 Lithuanian took over the presidency of the council of the European union since 1 July, 2013 will now be required to look into legislative proposals which are around 300 in number. Amongst the 300 legislative proposals, half of them are related to the political agreements on the Multi-annual Financial Framework for 2014-2020.

Ewan Willars, ACCA director of policy believes that real difference can be made by Lithuania and this step can play a progressive role in Association of Chartered Certified Accountants (ACCA). The economic climate is going through a rough patch and there are around 524 students, 12 affiliates and 101 members in ACCA, Lithuania.

The main focus must be laid for the progress of the businesses such as small businesses; therefore all those entities that are part of the European Union legislation must spend ample focus to strengthen the affectivity of the cause. Right moves must be taken to make real differences rather harming the existent structures of EU. This way Euroes economic zone will be recovered swiftly.

The ACCA director of policy Ewan Willars also believes that we must be implementation of both enterprise competitiveness and SME (COSME) programme can play a significant role in the recovery of the European economic world.

The strapline of the Lithuanian Presidency is extensively supported by ACCA, and it regards it as credible and Open European Union. The presidency has enough to be done in the upcoming 6 months which includes both promotion and competitiveness of economic growth.

Moreover, job creation and reduction in the unemployment must also be done. Such steps will surely stabilize the financial and energy security. The global body hopes to witness cordial collaboration that lead to the recovery and fruitful results.