The 10 Best Cities for Accountants 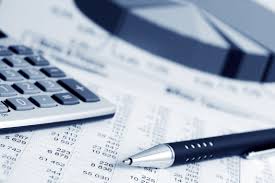 A recent survey conducted by a career and social community to identify the best cities for accountants in America, including average salaries, accounting jobs availability and all the important elements relating to a lifestyle.

New York City is the financial capital of United States of America and the most attractive place for accountants. They have mix of small and big firms and offer a lot of opportunities. Cost of living is relatively high.

Houston is attracting accountants as many of the big firms have opened their offices here, alongwith the major energy companies. Many of the small firms and start-ups are following the big firms, shifting to Houston. Cost of living is easily affordable.

Boston is a large city, in need of accountants. Boston has a wide range of industries creating a situation for accountants to choose themselves which industry they would like to enter.

Chicago has plentiful jobs as it is second in offering finance opportunities after New York. Some of the largest accounting firms have their headquarters in Chicago and plenty of other companies are there, along with sufficient independent accounting jobs as well.

This is the city with maximum employment in the country due to a healthy market. Government departments and all media need accountants, forensic accountants in particular.

Phoenix - one of the fastest developing city, having larger number of accounting jobs due to the opening of new businesses and firms. Living costs are low.

Seattle is the best option for the single accountants. There is a large range of accounting jobs. Living costs is lower because economy is strong.

Philly has 8th largest GDP among all American cities, concluding that businesses are good. Philly is also great city for families because of plentiful residential space.

It is the most tech-friendly city and also has dynamic business environment leading to better economy. Living costs are far lower.