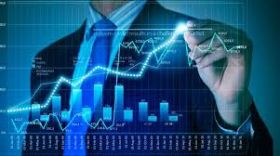 Tax savings have always remained an area of interest for the individuals and the corporate firms. Recently some well-known individuals have been involved in liberty scheme. The reality is that among these 1,600 individuals, some are putting their reputation and financial value at stake.

Media has also been paying attention on persons with high net month and some famous personalities have been publicly criticized for involvement in such schemes. The accountants who recommended such schemes might also be questioned. The question is how the accountants ensure that they are unaccountable for recommending such tax schemes to their clients if it fails.

Plan from the start

Another tough question is whether the accountants should cease to provide tax planning advice? The tough position of the General Anti-Abuse Rule (GAAR) and HMRC on tax avoidance has meant that many insurers have backed down on providing professional indemnity insurance to such accountants. The accountants will find themselves under a lot of scrutiny and investigation from HMRC. If they cooperate and disclose the truth, insurers may back down on providing insurance cover and if they deliberately withhold information they may risk themselves being without cover if any claim arises

Scope out your retainer in an engagement letter

As an accountant, one must work in the best interest of public. One should give an honest advice to anyone whether he is a tax insurer or a normal accountant.

If tax accountant go on advising tax avoidance schemes then he must take necessary steps to make sure that the client is aware of all the related prospective risks and rewards.

Normally, if the tax benefits are gained from an irregular way, then it will be considered an offense. Therefore accountants should avoid such schemes which could be considered as inappropriate.