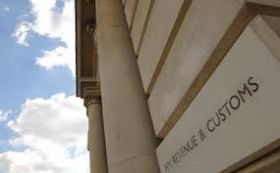 HMRC director-general and CFO Simon Bowles has been asked to resign from his post. He is earning more than British Prime Minister, getting paid £185,000 annually and is now set to leave office in March 2015 exactly after six years of his joining.

HMRC chief executive Lin Homer appreciated Blower’s contribution to the department. He said that Blower should feel proud of his contribution and wise decisions. This news was given in a Sunday broadsheet’s City gossip column and the news story linked Blower’s removal to the last week’s news that HMRC had wrongly collected tax amounting £5.5million from more than100,000 taxpayers during the year ending April 2014.

HMRC communications director Stephen Hardwick and John Prescott former policy adviser attempted to explain in the Sunday Telegraph how their CFO had decided a long ago to leave the office on his sixth anniversary and his resign is not linked to tax scandal.

They also said that he was a permanent senior public servant and was not on contract so he could stay at the office as long as he wanted to stay. Another reason they provided is that the issue of £5.5million is due to the failure of PAYE system. This usually happens when people change their jobs and/or don’t provide full and right information to the tax authority.

They continued that it is expected, with the passage of time, these failures will be reduced but only if and when tax authority receives the right information from the employers. HMRC new estimate, made in September, of incorrect bills is 18,000-20,000 previously set at 100,000. Most importantly CFO is not responsible for this kind of issue.

They added HMRC earned revenue of £506bn which is record to be spent on service of the nation, so there might be few mistakes but the department is doing is main job well despite the budget limitations and our CFO has a major role to play in it.

The future plans of CFO are yet unknown.